We are an amateur light operatic group with members from all walks of life from the Woking, Surrey, area.

Read more about us below.

OUR 2023 SHOW IOLANTHE! - LOOK OUT FOR MORE DETAILS SOON.

KASJOG is a member of

We usually have one show a year in March at the Woking Rhoda McGaw Theatre. We missed 2021 because of the COVID 19 restrictions, but were back in March 2022 with The Pirates of Penzance, and then back to annually with Iolanthe in March 2023.

Rapturous maidens, Dragoon guards, and 2 poets competing for the hand of Patience.

We sneaked this show in prior to the COVID Lockdown in March 2020. It was well received, although audiences were down on usual numbers.

We have received a NODA Award for Excellence for Patience, as well as a nomination for Best G&S Show for 2020. We will know in June if we have won this category! 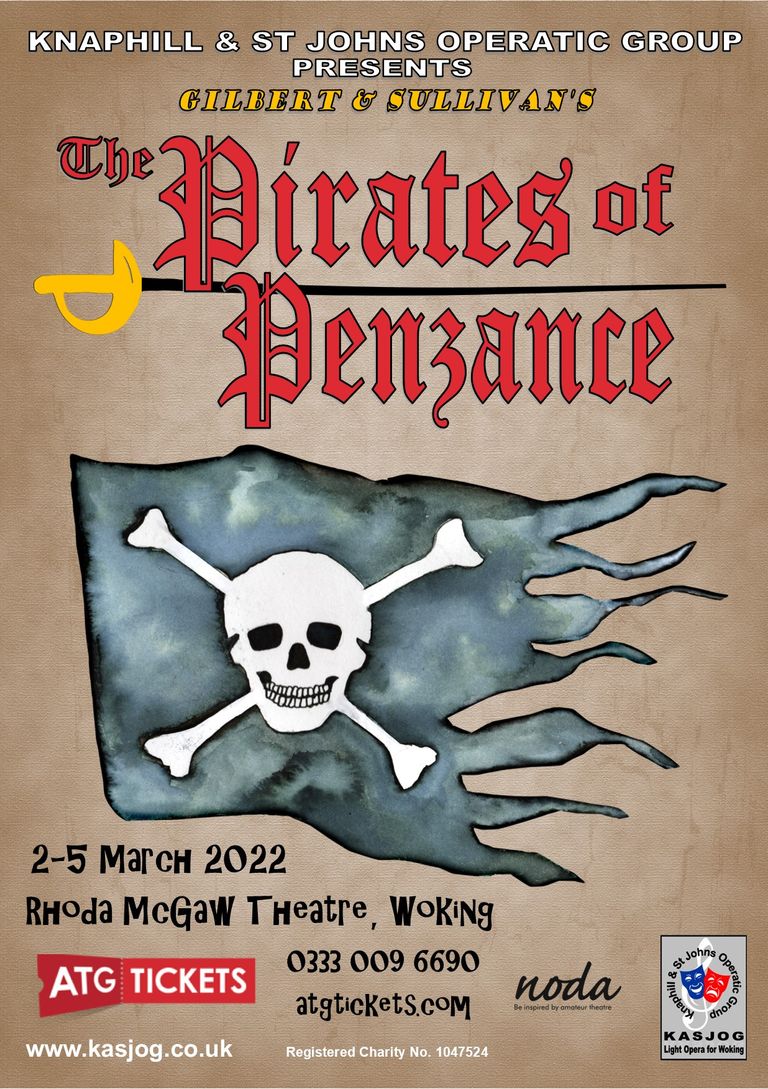 The Pirates of Penzance
2022

2022 saw the return of a KASJOG favourite. This was the 6th time we have performed Pirates.

We played to good sized audiences and the cast had a ball! Great show, and we succeeded despite COVID fears....  the NODA report of the show can be seen here.

Some show pictures can be seen here

Knaphill and St Johns Operatic Group (KASJOG for short!) started life as an Adult Education evening class at The Winston Churchill School, St Johns, way back in 1968. Our first (and favourite) production was Gilbert & Sullivan’s Trial By Jury.

In 1994, after having separated from Adult Education, KASJOG became a registered charity which coincided with a decision to move to the Rhoda McGaw Theatre, a huge step-up in terms of the scope of technical and production opportunities. It was also decided that the repertoire would extend to include light opera and so a process of alternating Gilbert & Sullivan’s works  with operas such as Die Fledermaus, Orpheus in the Underworld and The Merry Widow (our first production at the Rhoda McGaw Theatre) began.

KASJOG’s mantra is to entertain in as professional a manner as possible, but to have fun at the same time. Each show brings its own possibilities and challenges and there is no shortage of anecdotes about missed entrances, forgotten lines, misplaced props, un-cooperative scenery and high jinks in the lighting box! However, the cast and crew are always ready to accept a challenge, the biggest of which has been our production of Carmen and for which we won a coveted NODA Award of Excellence. Another challenging production was our first musical, Brigadoon, which required Scottish and American accents, a sword dance and 11 scene changes in two acts. “Kasjoggers” come from all walks of life and cover a wide age range. We are like one big happy family, with all the differing personalities and characters you would expect, with the one thing in common: a love of singing (and dressing up in funny clothes, putting on make up and dancing about the place, not to mention going to the pub afterwards or sharing a joke, a cup of tea and a biscuit during a break in rehearsals!). 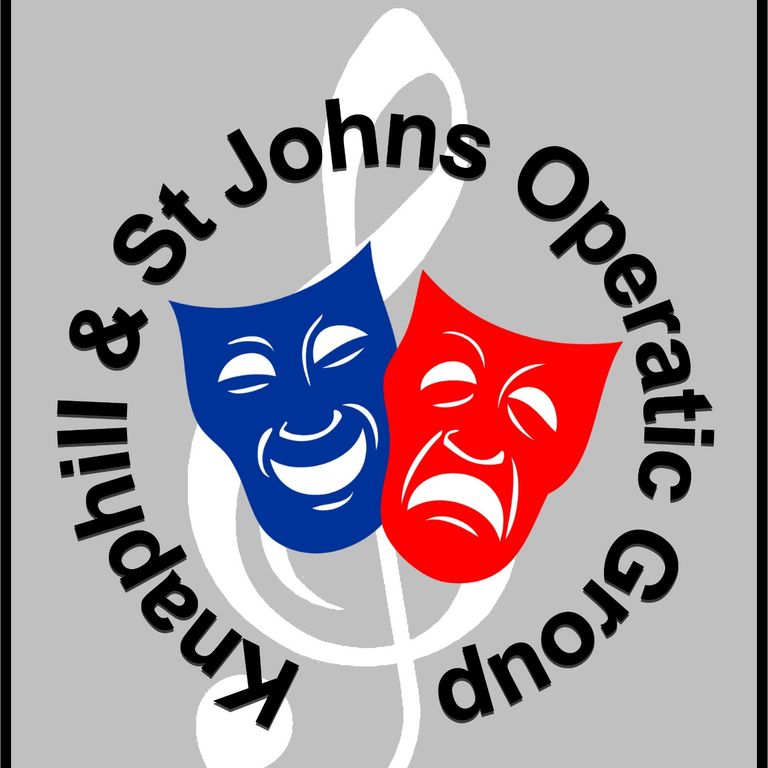 Occasionally we have held one-day drama and singing workshops during the summer, which have proved very popular. There is a dual purpose to this: refreshing technique amongst existing members and encouraging new faces to have a taster of what life is like with KASJOG. There is also the opportunity of singing excerpts from the next show which helps to whet the appetite of prospective participants!

As if spending six months of the year – from September to March – isn’t enough, rehearsing and performing each production, we enjoy hiring ourselves out in between as a group for weddings, dinners and other celebrations. Our varied repertoire includes Gilbert & Sullivan, a Viennese evening, Victorian Music Hall, musical miscellany and the songs of George Gershwin and Cole Porter. KASJOG rehearses at the Maybury Centre in Woking on Mondays and Thursdays at 8pm. Membership is not confined to residents of Knaphill and St Johns:  some of the cast come from as far afield as Leatherhead and Kingston. From April, on the first Monday of each month, members can be found at The Crown pub in Horsell, keeping their ‘spirits’ up until the next production begins rehearsal at the beginning of September! 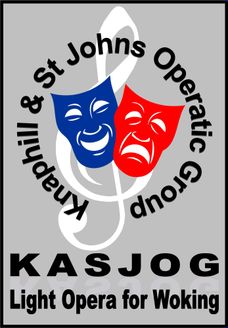